The bread, to me, is the most important part of the sandwich. If the bread is too sweet or does not crisp up right it can ruin the sandwiches flavor, texture, and appearance and all three are required for good food.

I like using one of three kinds of bread:

The cheese can be any kind of cheese, except for the fake cheeses like american and Velveeta. I prefer to use either a good aged cheddar or a dubliner cheese. The key is that the cheese needs to melt relatively easily so hard cheeses like parmesan don’t work well.

You will also need butter, lots of butter.

After the sandwich has cooled down a bit it is ready to eat; or you can add something to make it that much better. I like to add my homemade Sauerkraut, tomatoes and/or bacon.

Hope you enjoy it as much as I do.

How do you explain the gravity of death and killing something/someone to a 7 year-old in a manner they will understand?

Today my oldest (just over 7.5 years old), while somewhat upset, told his mother that he wanted to “kill himself”. Killing one’s self is not something that has ever come up in conversation or been something he has been exposed to, even with it being one of the top ways people die today (https://en.wikipedia.org/wiki/Suicide#Epidemiology), and after talking with him for a little bit, with relefe, I realized that he didn’t understand what it meant.

I sat him down and tried to explain how much it would hurt the people around him if he was to die and how death or killing one’s self has a permanent outcome that would prevent him from ever doing anything ever again, whether it would be playing with Lego’s or fighting with his brother it was the end-all-be-all to what he does and knows today.

Having this conversation with him I realized that in today’s society children are exposed less and less to death and what the outcome of killing something is. When I was a kid I had pets that were killed by other animals, I had killed fish after fishing and had seen birds of prey injure other birds to the point that they were suffering and the falconer had to kill them by hand, so while I didn’t truly understand what death was, if anyone ever does, I had seen the outcome of death and had an appreciation for it.

So now I am trying to figure out humane ways to give my son the experience of death, I will take him fishing and maybe hunting and I think I will send him with his grandfather to see how falcons catch their food but I can only hope this gives him some perspective on life and death.

How do/did you teach your kids about death or have you done so or even thought about doing so?

For about a year or two I’ve owned a Gerber Applegate-Fairbairn that I have found to be a very nice knife for under $100. It holds a good edge, its light, and it’s not to small nor to big.

About a month ago I was messing with it to see if I could adjust the location of the belt clip and somehow stripped out the belt clip screws. I talked with Gerber and they sent me a set of new screws and through-in a new belt clip as well. I tried putting the new screws in and came to the realization that the screw holes were stripped out as well, so I contacted Gerber again and they told me to send the knife in.

Well today, about a week and a half after I sent the knife in, I received a package from them and in it was a brand new knife.

What Came First the Chicken or the Egg?

First off I don’t think the question is as simple as one or the other came first I think it is going to depend on your beliefs. You have to ask your self one question before you can start to analyze what the answer to this basic yet profound question could be. That question is do you subscribe to Darwinism or to creationism? If the answer is creationism then the answer in my mind would be one of two answers the first one being the chicken for God created the chicken and the chicken lays the eggs. The second possible answer would be both for God created everything.

A Darwinist could say that the egg came first. A bird very similar to the chicken but not evolved to be what we know now as a chicken laid an egg. In the possess of that egg embryo forming into a baby version of what ever bird laid it there was a mutation of some kind. The mutation changed the embryo enough that it grow into what we know now as being a chicken, therefore the egg came first, right? Well maybe not by using the above argument you could stat that the chicken came first for the egg was the egg of a deferent bird so therefore was not the egg that the question refers to. My argument ageist this is that once that mutation took form the egg became the egg of a chicken, not laid by a chicken but the protective home for the new chicken embryo, letting it grow and thus became a chicken egg.

A deferent view could be that the question refers to the first egg ever to come into existence if you look at it by this point of view then you would have to analyze life from the beginning and that again would depend on if you are for Darwinism or for creationism. Sens the creationism answer is relatively simple and is the same as the above stated answers I will look at it from the Darwinist’s point of view. If the question refers to the first egg ever to show up in life then sens chickens have been around a relatively short period of time compared to life and the chicken was not the first animal to lay an egg then the answer would have to be the egg came first.

Now the last point of view that I will cover is the egg and the chicken came to be at the same time. Now how can that happen? The idea is that as soon as the embryo changed in the egg from growing into the deferent type of bird and instead growing into a chicken the egg changed from being an egg for the deferent kind of bird into being a chicken egg, not the egg of a chicken but a chicken egg for it was housing the evolution of the first chicken. Therefore the egg and the chicken came into existence at the same time.

The week of July 19th to the 26th I spent in Tuolumne Meadows with my family. We had a good time but I would recommend the main valley (Yosemite) for any one that wonts to bike through the park or has kids. Tuolumne Meadows is very nice but not as setup as the Yosemite valley is. For one you are not allowed to ride your bike on any of the paths in Tuolumne Meadows. Also most of the hikes are too long for a young child. But other then that the trip when very well. Amanda’s mother came with us and she was a grate, she would watch the kids for when we went on a hike they could go on. If it wasn’t for her are time would not have been as good as it was. Well any ways I have some pictures from the trip and here they are. 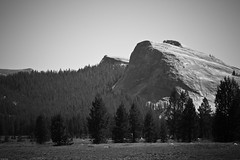 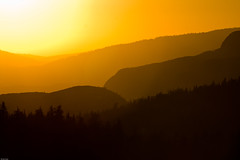 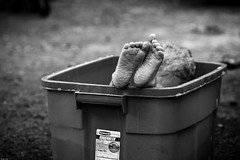 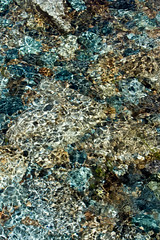 You can see all the posted pictures in the Gallery